There in the cleft in the rock, My Water will flow.

The hour of Power has come to Israel and Jerusalem. The cleaning of Jehovah will begin. The Rock will drive all evil to the pit, for the coming of a new world.

The Cross has fallen upon the rocks and people are walking on top of them both. The fisher of life is moving upon all, and only a few will know Israel is in My Hands and under My Protection. People will take swipes at it, but it will not fall. The court has been set.  Jehovah will finish what He has started. Doom and gloom will befall the small planet with all the evil cleaned up. The Temple Mount will become the Seat of Justice.

Yes, My son, write what I tell you. Joy is coming to My Body for the end is around the corner. Many people have looked for the Lord’s fountain and for its meaning. It is both a real place and a Spiritual location. The physical place is in Jerusalem, the other place is in a believer’s Spiritual Heart. The fall of Rome (physical world) is at hand.

Satan and Jesus Christ will meet head to head and Satan will lose everything with his world, leaders and followers. To many people, there is no God and they teach their children the same. Their parents are actually teaching them how to die for ever. This is truly Satan’s love for mankind. They will name it and claim it! So be it! So be it! So be it!

I saw a buggy being pulled by a horse.

In man’s religions the buggy is driving the horse forward, and man believes this.

In reality the horse is doing the pulling. Man’s religions cannot fathom this because they are man made religions. Politicians and world leaders believe they are the horse pulling society to its greatness. The blind will lead the blind; look at the elections in the United States. Blind guides and blind followers seeking ruin in the Lord’s Eyes.

I saw a black lit candle rising from a hole on a level floor.

I saw a sexton for looking at the stars.

The Roman branch – cracked pot, here comes the Power of God with a vengeance.

Vision: I saw the letters Xsw

I saw a wooden cross with a small laser looking light going through where the two beams meet.

Vision: I saw a male penis.

The male penis is going to try to rape Israel and Jerusalem.

There is a man that is going to come and think he is a god and try to rape this area.

Then I saw two grave stones side by side and I saw an arrow shot in-between the two gravestones.

This man is going to come from within Jerusalem.

Then, I saw a tapestry hanging on a wall with an image of Jesus Christ on it.

This man is going to use the image of Jesus Christ for wrong and for evil.

The Lord gave me a vision of Gethsemane, with the Church of all Nations in front of the Garden of Olives. Then the Lord showed me a straight line from this church directly to the Temple Mount where the old Jewish Temple was placed. 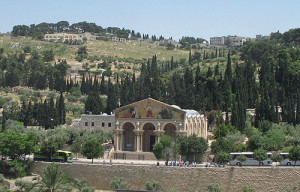 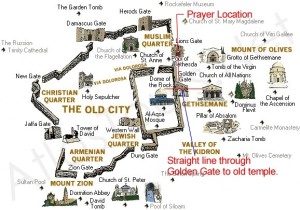 Then the Lord said, ”Go there and I will tell you where to pray.”

Vision: I saw an image of the Eiffel Tower in Paris.

Then I saw an image of a Flying Drone.

I saw an image of a pyramid. 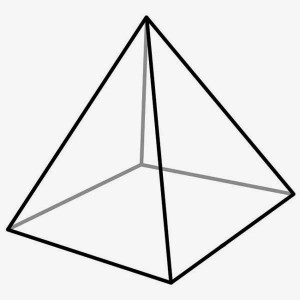 Then I saw an image of the symbol of the Christian Fish.

Then I saw this symbol

The Lord said, “Each jump represents one pounding on Jerusalem.”

Then I saw an image of someone wearing a coat, but the person could not be seen.

Then the Lord said, “Remember the three jumps.”

I saw a seahorse turn into a real horse.

Lord said, “Just go to the place I showed you and I will tell you where to pray” (Golden Gate).

Then I saw a flying bird.

The Lord gave me a vision of a large Hand uprooting a large tree.

During prayer the Lord said, “You are finished here in Israel. There are reasons, I cannot tell you more. I will meet you in Stockholm”.

I saw a golden wall with two golden pillars on each side of the wall.

I saw a small golden crown.

The Lord showed me two gravestones with an arrow being shot in-between them.

While praying I was given the Word, “Jorge”, means “George” in English.

I am what was and what is to be. Simon, Simon your house is in disarray. Many priests have fallen away from the faith. Power and more power is what drives them. They do not do Christ like duties. Judgment is close at Hand. Simon My Judgment will be swift and to the point. Leadership division will bring a fall within the church. Remember I see everything. Nothing is hidden from Me. Power and strength comes from Jehovah, Jesus Christ, and the Holy Spirit not from your flesh and wisdom. When the chickens come to roost, We will see your future. My Reymundo is coming to your house and laying, My Stakes and oil for the Lord’s Anger. This is not a game to see who wins. This is for where you and your followers will live for all the time that there is time.

On the airplane flying into Stockholm, Sweden 15 August 2016

I had a vision of rain hitting a textured red wall and I could see the rain running down the wall.

Then I saw a light emulating within a darkened forest. I saw all the ground turn red, then something that looked like white clouds or smoke over parts of the red ground. The whole area looked barren and maybe destroyed.

Then I saw a boy crying. Then, I saw the red ground again.

Step aside Israel here comes Jesus Christ, the King of Kings. The clearing of the Dome of the Rock is going to be completed. No is not an answer – it will be completed to the point, so saith Jehovah, Jesus Christ, and the Holy Spirit.

I saw a wedding Ring.

Welcome the King of Kings and the preface for the wedding supper.

They will say peace, peace and there will be no peace.

Then the Lord said, “Knights Templar.”

Go now and Anoint the Vatican. Keep your windows closed. Do the oil first and I will tell you when to do the stakes. The showers of the Lord are coming to clean this place. The Power of Power has spoken.  Evil is what evil does from the youngest to the oldest. The cloud of evil has covered this place. They need a clean cold shower from the highest to the lowest. Once their feet are clean the rest will follow. The blind will see and the deaf will hear in the valley of death. Their Savior will clean all that needs to be cleaned, vengeance saith the Lord today, tomorrow and forever. What does evil have to do with the things of Jehovah, Jesus Christ and the Holy Spirit? The Catholic Church has to be nursed back to the things of the Lord. There is an earthquake coming to the Vatican. The Power of Jesus is going to awaken this place for the end is at Hand.

Tell Jorge, (Spanish word means George in English), the Lord is coming to Vatican City. Sour grapes are bitter. Eat the sweet and tasty grapes for they are from the Lord. The fishermen are coming to the Vatican to catch for the Lord. Begin, Reymundo and let’s get to work, but first take another shower then leave.

On our Mission Trip while in Rome after having breakfast, I said to Ron, “I need to go to my room and pray.”

During prayer the Lord said, “Ron walked off and left the laptop computer in the restaurant.”

Then later that day, Ron mentioned he had left the laptop computer at the restaurant table and had to run as fast as he could down from the 3rd floor.

There is going to be a shot in the United States that is going to be heard around the world. All fragments of the government will be affected. This course will affect the Stock Markets and the monetary system of the world. Evil you want, evil you will get.

The Lord told me to watch my back. “Do not leave your hotel Room.”